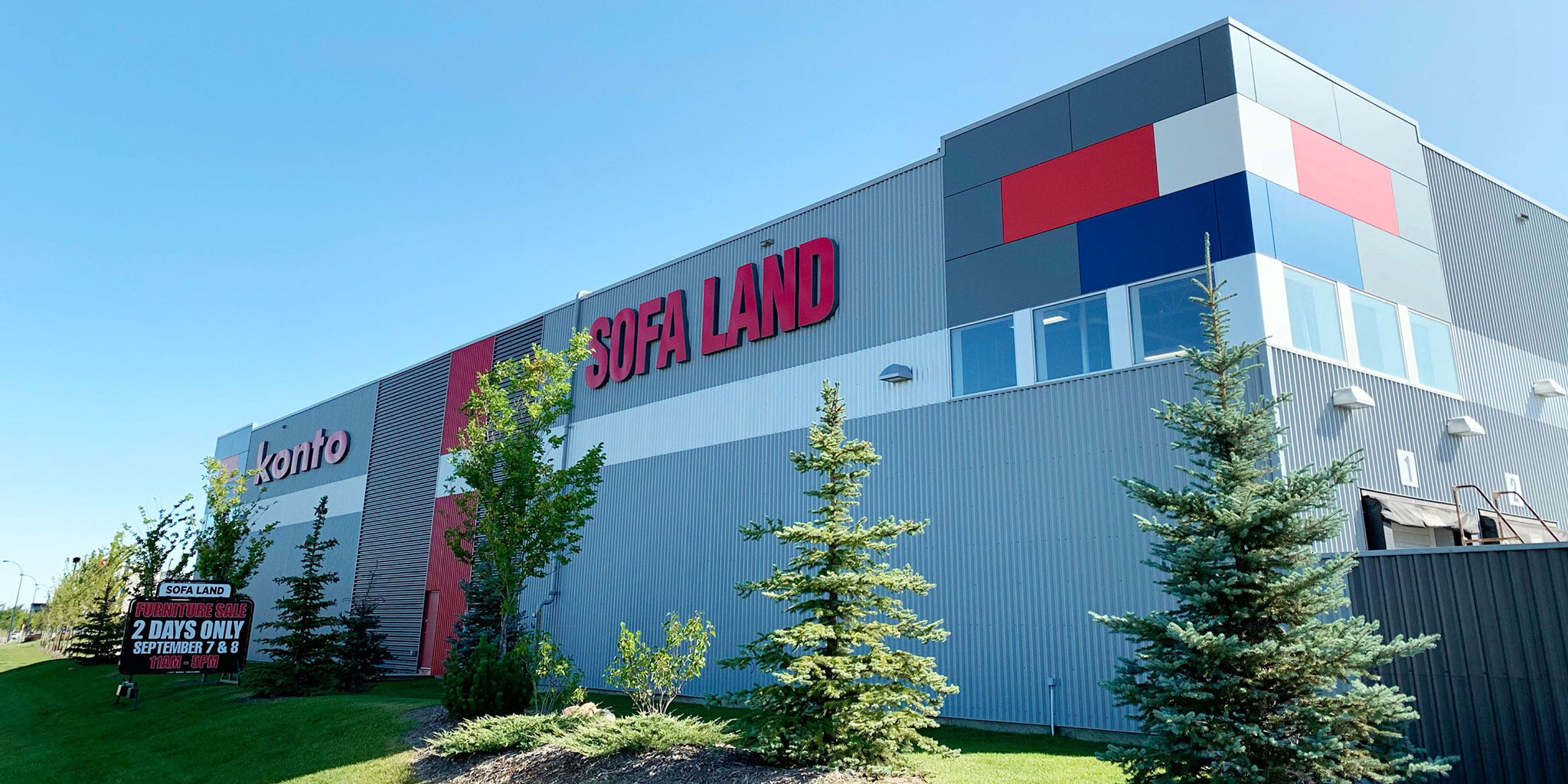 Since 1976, Konto Furniture & Sofa Land have been dedicated to offering a unique blend of imported and domestic value-added home furnishings that complement customers who value very personal, stylish and yet affordable home decor environments.  Between the two brands, they currently operate seven retail stores and a distribution centre across Alberta.  Konto Furniture & Sofa Land pride themselves on customer connections and being a strong contributor in their community.  From humble beginnings in 1976, the first store featured the simple, appealing designs of “all Scandinavian” imported products.

The story begins with Jorgen Gustavsson arriving in Canada in the early 1970s, meeting his future wife and lifelong partner, Debbie.  Shortly thereafter, Jorgen’s brother in law, Bengt Johannesson and his wife Anita came to visit and also decided to make Canada their new home.  In doing so, they brought with them a 20 foot container with all their possessions including furniture.  New friends would come to visit and would compliment the look of the furniture in their homes, that was brought with them from Sweden, and from there, an idea was sparked that would lead to 40 years of business success.  Jorgen and Bengt began to import furniture from Sweden, ran a small ad in a local paper, and then found a location from which to sell the pieces.  1976 marked the opening of the first store which was called the Nordic Centre, featuring goods imported from Sweden.

Jorgen and Bengt’s sons, Michael and Daniel have been involved in the business literally from the time they were old enough to hold a broom.  In 2005, after many years of “hands on” in every facet of the business, they assumed day-to-day control of the business.

Today, collectively, Konto Furniture and Sofa Land have over 80 employees, and in excess of 150,000 square feet of retail space to meet and exceed the needs of their customers.  The business retail model can be simply described as  “no sales, no tricks, no gimmicks. Best price, everyday.” facilitating an environment where customers can shop with confidence.

The stores are known for many things, but certainly one of the main distinguishing points regarding Konto would be the wide selection of barstools – known to be “best at bar stools”.   Sofa Land’s motto is to be known as “everybody’s sofa shop” assuring shoppers they will find the piece that’s just right for their lifestyle.

Between the two brands, we currently operate nine retail stores across Alberta and a distribution centre located in South Edmonton.

Konto has 2 stores in Edmonton. Sofa Land has 6 stores across the province; two in Edmonton, one in Sherwood Park, and three in Calgary.  We also have one outlet location in Camrose.